20 nights of camping: to count or not to count

I saw this post today on Scouting Magazine about what counts as a night of camping for the Camping Merit Badge and what does not.  Funny, this topic comes up in my unit at least once each year…right around the Stake Fathers & Sons campout.  I thought my troop was the only one with parents trying to finagle non-scouting camps to count toward their scout’s Camping MB.  Why… why must parents look for shortcuts or show their kids that it’s OK to lower the bar to accomplish a goal. 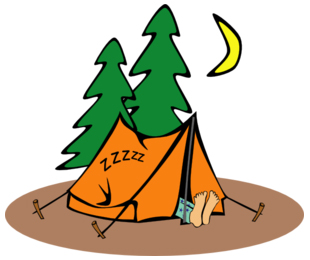 I’m not going to repeat the detailed dissection of requirement 9a that was already performed by Bryan, clearly an expert on matters of the BS of A.

However, there are 2 points I’d like to further define in support of what Bryan has already explained:

1. My unit likes to debate about what constitutes a “designated scouting activity”. So when Bryan explains that this is where “Scouting” happens, that means specifically:

a. The Patrol Method is being exercised or at least being attempted (boys in charge, following a troop’s chain of command)

b. The boys feel ownership for *ALL* the camp setup, cooking, cleaning and take-down (shared responsibility, following a duty roster)

c. Adult leaders and parents are not running around making sure everything is perfect (no swooping in when little mistakes are made)

d. There is some organization around a campfire (it might not be a fully planned program but at least there are a few thought’s shared by the boys, orchestrated by the SPL, followed by a Scoutmaster’s minute)

This level of “Scouting” isn’t possible on a family campout or Church youth activity such as Trek, Book of Mormon Journey, Youth Conference or Ward/Stake Fathers & Sons outing.

2. If it’s still not clear what counts and what doesn’t, this is the general rule of thumb/final word that should stop any further argument about it:

a. If BSA insurance covers the overnight outing, it can be considered a “designated scout activity”.

b. If BSA insurance does NOT cover the overnight outing, it will NOT be counted as a night towards the Camping MB.

Is there really any more explanation needed to finally put this debate to rest??

Section 8.19 (Page 8) of the LDS Scouting Handbook clearly provides direction on this subject for Stake-organized camps.  It reads, (emphasis added):

“Stake or ward Scout camps that involve more than two units and that exceed three consecutive nights for Venturers and five consecutive nights for Boy Scouts and Varsity Scouts cannot be advertised as “Scout” camps unless they follow the BSA national camp standards and are authorized by the local council. If long-term camps do not qualify as authorized Scout camps, they will not be covered by BSA liability insurance. For long-term camping, use of BSA facilities is strongly recommended.”

If your unit is operating the way it should, your scout should have no problem getting what he needs anyway.  In fact, 20 nights in 6 years should be a piece of cake! 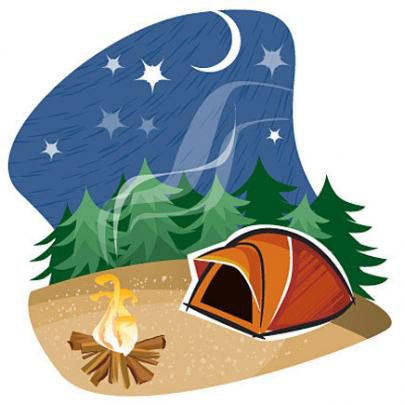 That’s 18 potential nights before your son is even a teenager!  OK, but let’s keep adding:

+10 more nights: by attending more monthly short-term camps as a 13 year old
+1 night: if your son attends his second week-long summer camp (remember, you can only apply the full number of nights on one of these)

We’re up to 29 possible nights before he becomes a Varsity Scout.

Varsity scouts might not plan 10 months of campouts because most struggle with a properly run Team, but I think these would be reasonable numbers:

+4 nights: by attending a campout once per quarter as a 14 year old (should be the least number of times you have short-term campouts throughout the year)
+3 nights (minimum): by attending your annual High Adventure as a 14 year old
+4 nights as a 15 year old (still shouldn’t have any conflicts with a job, girls or driving)
+3 nights (min): by attending your second High Adventure as a 15 year old (all nights still count since anything less than 5 nights is still considered a short-term camp)

Quick tally: 43 possible nights before he becomes a Venture scout.

Now the Venturing leaders in my unit will tell me “their boys don’t have time to camp” due to jobs and the distraction of fumes from dating and driving.  I say BULL!!  Boys are boys, and if the activity is theirs to plan and to be excited about, you’re going to tell me they won’t make arrangements to be there??  I don’t buy that…and so the count continues:

+14 more nights: following the same Varsity Scout premises above when your scout is 16 and 17 years old

That adds up to A WHOLE LOTTA NIGHTS before any scout turns 18… a total of 57 opportunities, IF your program in running like it should.

So parents, wouldn’t your efforts be better served to focus on encouraging your son’s Troop, Team or Crew leaders to get out camping on a REGULAR basis??  Stop making it a box to check for rank advancement and help your scout learn to love and appreciate the great outdoors.  THAT’s where you should focus your time and energy in my opinion.

9 Responses to 20 nights of camping: to count or not to count