An Awesome Week at Camp Steiner for 2012 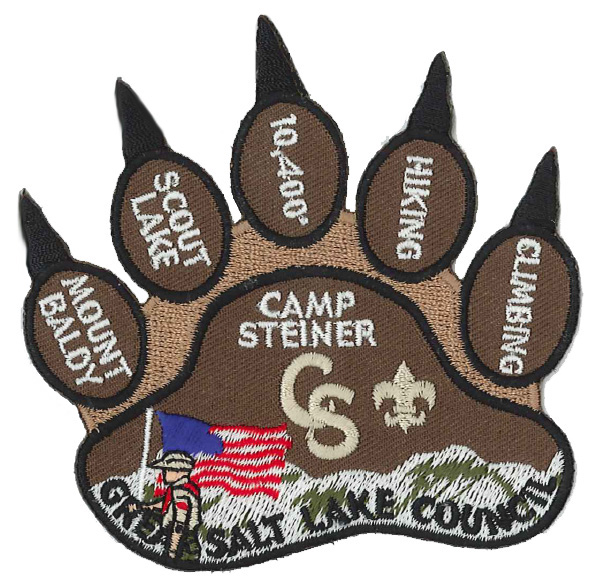 Our troop is slowly recovering from the summer camp experience we had at Steiner last week.  Nineteen scouts attended and let me tell you, we all had a great time!  The memories that are created by stepping out of our normal routines is absolutely priceless.  Where else can they have so much fun with their friends for a whole week while applying outdoor skills in ways that are perfectly designed for boys?!  I really look forward to this big summer outing every year and sad it’s already behind us.

Here are a few things that made our week so awesome!

For starters, the boys did a great job following the duty roster and working together to get the meals prepared and served throughout the week.  In fact, we had several boys cook for the first time and were quite flattered by the feedback they received from the others who devoured their camp cuisine in mass quantities. 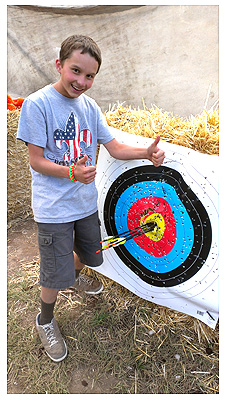 Besides eating good food, they shot arrows, fired rifles, lashed camp gadgets, swamped canoes, caught, cleaned and cooked fish, carved wood, weaved baskets, tied monkey fists and made survival bracelets.  We even had a small group of chill seekers that conquered the Polar Plunge at 6am every morning when I’m sure they would’ve rather stayed in bed as several others did.  The “Dawn Hike” was completed by a few determined adventurists at oh-dark thirty on the last day.  The only thing we couldn’t do was burn wood due to the extreme fire conditions all across Utah.  That was a challenge since campfires are such a big part of any scout outing.  However, we made it through with hopes that the approaching monsoon season will lift that restriction soon.

I almost want to say we got spoiled this year with an experience that couldn’t have been better.  The weather was perfect despite a few random storms that quickly passed through; the bugs were non-existent without a single mosquito bite all week (vastly different from what we needed to defend ourselves with in 2010) and the camp staff was absolutely top-notch.  Coincidentally, our Camp Friends were from the Climbing staff again under the direction of John Boom, the Climbing Director for Steiner in 2012.  You may remember how impressed I was with “Boom” when I first met him last summer at the Bear Lake Aquatics Base (the dude with the double Major, double Minor and double Associate’s degrees). So for our boys to have him again this year was an unexpected bonus! 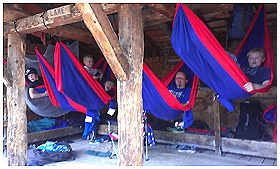 A report about scout camp wouldn’t be complete without mentioning the frenzy we see each year at the Trading Post.  I don’t know how it starts or why this occurs, but there is always something for sale that generates a frantic spending spree.  In my first year as the Scoutmaster, it was pocket knives.  Then it was milkshakes and ice cream at BLAB.  A nylon hammock was the item of craze this year; so by Monday night, the Trading Post was completely sold out!  I don’t know if anyone still had enough money to buy the arrow kits for Archery, targets for Rifle Shooting or projects for Basketry and Leatherwork, but they sure had a lot of fun “hanging out” at camp. 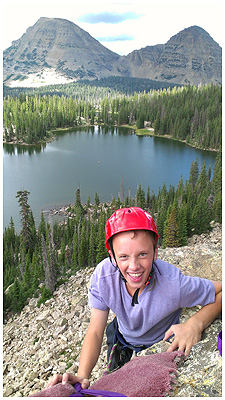 From a camp management perspective, the Program Director (Honzi) did a great job along with his brother Phonzi.  We were very grateful for the streamlined registration process that completely eliminated the long line of vehicles that generally backs all the way down to the entrance gate.  We also appreciated the change that allowed one vehicle to be parked at each campsite (and tried not to abuse that with the number of dads and other leaders coming and going all week long).

In the end, I’ll repeat what I’ve said before:  I love the mountain setting of Camp Steiner.  I honestly can’t imagine a better location for what a scout camp should offer.  If I stick with my plan to alternate every two years between a mountain camp and a water-front one, we’ll be back to Steiner in 2014!

3 Responses to An Awesome Week at Camp Steiner for 2012