After spending a week at Camp Steiner last summer, I immediately started looking into where to go for 2011.  Still relatively new to Utah, the Bear Lake Aquatics Base had piqued my interest with all the water-related activity and emphasis.  As you can see from my last post, we weren’t disappointed one bit with my decision to try something other than the typical mountain experience.  However, this didn’t come without quite a bit of of negative feedback about BLAB.  Several people even told me to look outside the council at other camps (maybe this was before the MAC was established).

Sadly enough, I kinda related to this perspective based on my experience with the camp conditions at the Teton High Adventure Base that summer.  But for whatever reason, I ignored those warnings, made the reservation anyway and glad we took the “risk”.  No, BLAB is definitely not perfect but I wanted to share my perspective about it for those who may hear what I heard and be an influence on their decision.

The Miller Aquatics Center (MAC)
Let’s start with a good point.  The 30,000-square-foot MAC is a very nice facility!  It offered leaders a place to attend meetings, use a flush-toliet and relax in the Scoutmaster’s Lounge with Wi-Fi access.  I’m not sure it was air-conditioned.  So much traffic came in and out of the building that it was a bit stuffy at times.  Speaking of a warm enclosed areas, I felt bad for those staffers working in the Ship’s Shore Trading Post.  Talk about a sweat shop!

Dining Pavillion
Adjacent to the MAC is an enourmous covered open-air pavillion for Dining Hall eaters and where some merit badges classes took place.  I don’t know how big the area was, but there was plenty of room with some 30 picnic tables and two serving shifts to spread out the load of hungry campers.  The food was pretty good too – no complaints there when I didn’t have to worry about a thing in that category! 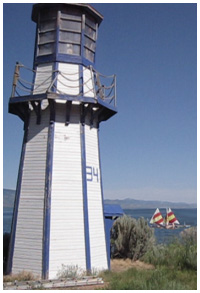 BLAB Lighthouse
A troop fixed the lighthouse during the week we were there.  It could use a paint job but was cool to see that lit up at night.  I wonder if this beacon of light was noticable from the other side of the lake.

Camp Staff
I know this is a tough one because it changes every year.  However, the youth staff members for us were great!  They were fun, friendly and treated us very well.  “Boom“, the Climbing Director in 2011, was an amazing wealth of knowledge with his double Majors in Math and Zoology and double Minors in Chemistry and Physics… you DO NOT want to miss this guy’s Star Party!!  Kristalyn and Erin, our Camp Friends also from the Climbing staff, were totally cool and had the boys on their best behavior when they were around.  Eddy, an adult staff member, and David (Program Director) were very helpful and informative.  All the staffers made their own impression on us throughout the week and heard no complaints from our boys about any kind of mistreatment.

Kybos
Ok, the Kybos were definitely not an inviting facility to take care of business.  Yet, the open-air structure sure did ventilate much better than any of the other porta-potties we’ve used.  Sure, they’re not like the ones at Camp Tifie at Mountian Dell but I’m not surprised that no investment would be made here.  It seems as though the bathroom isn’t a respected piece of property anyway.  There are always stories of vandalism or boys finding humor in clogging toliets.  So as it is with other 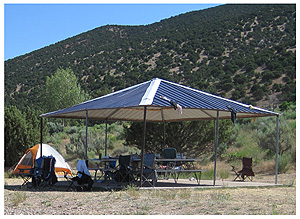 situations, the bad apples generally ruin it for the rest.  …and asking a troop to volunteer to clean the nice ones is like pulling teeth!

Shelters
Not all sites were A-frames – some had a pavilion-style shelter.  Both types definitely showed extensive signs of weathered condition and age, but if you have a choice, I’d highly recommend the pavilion.  We weren’t restricted by size and spent a lot of time under it for shade during the hottest parts of the day.  It would be nice to see an upgrade on this feature like the ones at Camp Tifie, but the pavilion we had at BLAB was plenty sufficient for our needs during the week.  I’m sure it would have been a different experience had we been under an A-frame that was too small to fit even a single table. 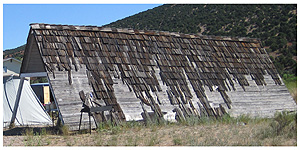 Of course, I would like to see some upgrades applied at this camp but I’m sure there are higher priorities at other camps in the council that have all but worn out.  It makes me wish more corporate donations came our way so GSL scouters didn’t feel the need to look outside our boundaries for the best experience.