Tis the season again for holiday shopping and gift giving to the Scouters in our lives.  If the person you’re thinking of already has everything previously mentioned in my Gear Guide category, then I have a few more ideas starting one of these flashlights from Goal Zero! 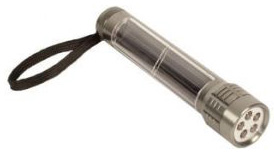 I was given a Solo as a birthday gift from my kids earlier this year that has become one of my favorites!  The built-in solar panel is this flashlight’s cool factor that has worked great for me a time or two… especially on the day of a scout outing.  I’ll take this light from my truck’s glove box and put it in the windshield on my way to work in the morning.  Later that evening when we arrive at camp, I have a fully loaded charge that gives me enough light to help get camp set up.  If we’re staying for a second night, I make sure it’s in the sun all day for another change.  This model is not super bright at only 15 lumens but I love the fact that it doesn’t require batteries! 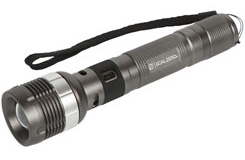 Another Goal Zero light I bought this past summer on sale at Emergency Essentials is the Bolt.  Instead of using solar panels for recharging, this flashlight’s cool factor is its USB port for power ups!  You can use any Mini USB cable plugged into your computer, car charger or even connect it to one of Goal Zero’s power packs.  The Bolt is also much brighter than the Solo at 160 lumens with two brightness settings.  I use this one when I want more light or if I have to share my Solo with a scout who forgot to bring his own.

I’m a big fan of Goal Zero products and what they’re doing to provide alternative sources of energy for use in the outdoors.  In my opinion, I think they’ve nailed it much like Camp Chef has done with outdoor cooking.