This Is Why We Do Hard Things

I was checking in with a few of my favorite scouting websites earlier this week and came across this post from Brad’s Blog. Reposted below, it’s a letter from a mom who is thanking her son’s scout leaders for helping him summit a mountain – a BIG mountain. 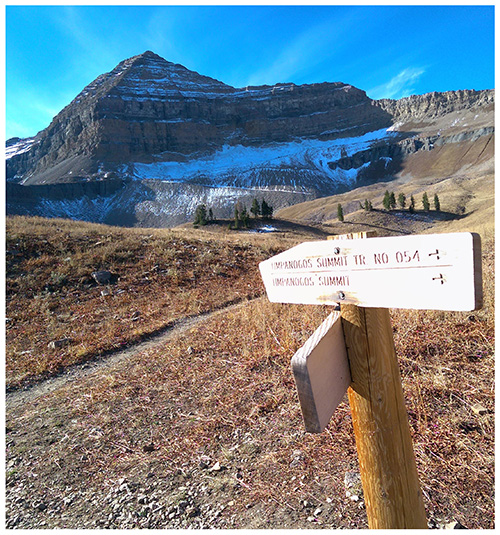 Standing at 11,752 ft., Mt. Timpanogos is the 2nd tallest peak on the Wasatch Front here in northern Utah. I did Timp twice last fall and each time had its challenges. The hike is a little over 7 miles each way (from Timpooneke) with an elevation gain of just over 4,000 ft. It’s a long an steady climb that can take your average hiker a good part of the day to complete, but for a 12 year old scout??  Summiting this size of mountain is a *huge* accomplishment – especially when you have the weather working against you!

So when I read this mother’s appreciation for what her son experienced that day, it reconfirmed to me that this is why we do hard things.

Small things can change a young mans life. Small things like an 11,752 ft. high mountain and some good men.

My 12 year old son Todd hiked Mt. Timpanogos last month, all the way to the top, and back down again. It was hard!!

The day started early. We got them ready and out the door. It had been an ugly weather week with rain every afternoon and most mornings. Our view of Mount Timpanogos from home looked socked in with dreary grey clouds. They left at 7:00 am—five boys and five leaders. The hike was long and hard. Let me tell you, it would have been mighty easy to say, “Let’s all head back. We’ll do this again another time,” but they didn’t. They took their entire Saturday to help my son summit a mountain.

It was perhaps the most demanding physical exertion that he has ever asked of his body and this kid isn’t a weakling; he usually swam one to two hours a day, every week, but he hadn’t built up his hiking legs, and it was hard for him. There was weeping, wailing, and gnashing of teeth (literally). He wanted to quit. At the top, they made a shelter out of ponchos. He truly felt like he couldn’t make it back down the mountain. His legs were like Jello. He was cold.

But here’s the beauty and the lesson of the day: my son did something monumentally difficult. In this day of ease and plenty, we rarely ask extremely difficult things of our bodies or minds. Scouting asks these things. And it is in those difficulties that we find out who we are and what we are capable of. One day, perhaps six years from now on the streets of Chicago or in the jungles of Brazil, or on a path in China, Todd will feel like he can’t possibly go on. His legs, or his heart, will be wobbling and threatening to buckle. He will feel freezing in body, or in spirit, or both. He will want to quit. But he will remember that he hiked Mount Timpanogos. He will remember that Brother Mason and Brother Skinner and his dad believed in him. He will remember that they stood beside him while he did something that felt impossible. When he is an 18 year old serving a mission, or a young father struggling to find his way in the world, or a middle-aged man feeling lost and in a new place, he will remember that summit. And he will pick himself up and keep going. Because he will know that he can. He has done it before. He can do it again.

Go out with your scouts and do hard things, for their benefit and for yours too.

This entry was posted in Hiking and tagged boy scouts, do hard things, hiking, mount timpanogos, timpooneke. Bookmark the permalink.